the united states is a corporation (the virginia company) owned by the british crown... your names appear in capitals in legal documents because you are slaves, just as they did in roman times...

this is a interesting video if you can get through the first bit, explains quite a lot and what you find can be cross referenced / researched elsewhere if its of interest.

have a nice weekend y'all

http://theeconomiccollapseblog.com/arch ... -to-shreds
IT'S NOT WHAT YOU TRADE, IT'S HOW YOU TRADE IT!

Please do NOT PM me with trading or coding questions, post them in a thread.
Top

some good comments at the bottom too
Top 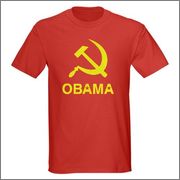 http://www.cafepress.com/mf/33243226/so ... ama_tshirt
Bend over and assume the position for another 4 years of hope and change.
Top
Please add www.kreslik.com to your ad blocker white list.
Thank you for your support.

It should be thoroughly clear that Ron Paul never stood a chance...

With no corporate backing and no personal wealth of his own, the man is far to educated to ever be given a chance at a position of such great, perceived, power.

He did however do the best, and most productive thing he could have possibly one. He spread an outlandish quantity of education and created great dissent amongst the youth towards the established political parties. A truly powerful movement created in my opinion.

However, I saw little difference in the two parties version of the status quo.

I've said that I wasn't going to, and didn't, vote in order to preserve my right to complain about whomever it is that is voted into (or in this case, back-into) office.

As much as I would have liked to see Romney win, I believe he might have actually addressed the fiscal cliff (as opposed to ignoring it completely) and that causes problems to my fear based, gold trade theory. So all in all, the worse the situation gets... the more money I'll be making

"Profit is found in a thinking mind. If you come to this . . . with pen and paper in hand then you will fail to find the beauty that exists within yourself." - MightyOne
Top

Either way we would/are *censored - swear word* regardless.

I think we would have been less *censored - swear word* with Romney.

In my opinion Romney handled his election and position like a small girl and showed no balls whatsoever.

Just leave, i will probably just do this.

If all hell breaks loose and the world ends i would rather be sitting on a beach somewhere with a few hot blondes. Then by chance if it doesnt end, i will still be sitting on that same beach, with the blondes, but i will not be paying any taxes.

win win
Bend over and assume the position for another 4 years of hope and change.
Top

I am not happy about Osama at all, but i am also not very happy that i was MASSIVE short ES this morning around 3 am and i took it all off for +4 pts vrs the 36pts i could have had.

so i guess that means i am not happier.

Bend over and assume the position for another 4 years of hope and change.
Top

Forgive me, I expect an utter face palm when I get my answer...

If we're talking about the terror seen in E$? I can definitely understand... 100 points and when I wake back up.... sideways...
"Profit is found in a thinking mind. If you come to this . . . with pen and paper in hand then you will fail to find the beauty that exists within yourself." - MightyOne
Top
Please add www.kreslik.com to your ad blocker white list.
Thank you for your support.
Post Reply
73 posts