I wanted to let my fellow members that the followng troll has been identified:

We got his name from elitetrader forums. His name is HOSEA ASKEW from Antioch California. Hes been out of work for years and supported by his wife. He lives in subsidised housing. Hes going by tango 6 alpha over there.
Top
Please add www.kreslik.com to your ad blocker white list.
Thank you for your support.

Here's another take on the matter altogether: 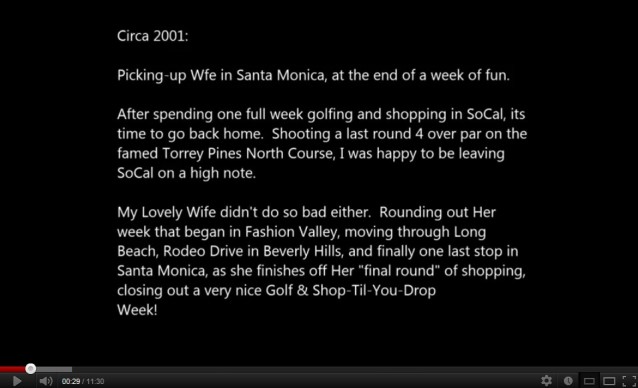 So, that means that somebody is lying. Because, the guy in the video, walking pristine beaches without a single footprint but his own (which could mean exclusive), driving around in a Veyron 16.4 at a friends house and at the track, just does not strike me as a guy who has been unemployed, living in subsidized housing and being supported by his wife.

In fact, his wife (her back, hat and hair) is seen walking down the stairs of a pretty nice looking resort in one of the photos.

So, I wonder who is not telling the truth. Of course, this is the online trading world, and many jealous people tell lies all the time about the success that others are having and they are not.

Seems like ole StealthTrader has plenty of haters hanging around. Hate. It is more than a four letter word.
Top

Dumb is also a 4 letter word (more or less), unless you spell it wrong...
I was born in the darkest ignorance, and my spiritual master opened my eyes with the torch of knowledge. I offer my respectful obeisances unto him.
Top

Dumb is also a 4 letter word (more or less), unless you spell it wrong...

I'd say the movie is over, the bad guy is dead, the good guy rides off into the sunset Veyron 16.4 style, the credits are rolling and the movie goers are piling out into the parking lot slapping each other high fives as their epic night out comes to a close.

Nothing drives the nail into the coffin of an Online Liar, like using their own post to expose their deceit. Seems like ole Atticus has posted himself right into an online coffin corner:

Followed by his self-destruction:

70369 wrote:I am sorry, but that's just not possible because this property did not start out life as a Five Star Hotel. It began as a Spa and had no more than 2,500 square meters.

It was designed originally in 2003 under the name Spa Secrets Marquis: 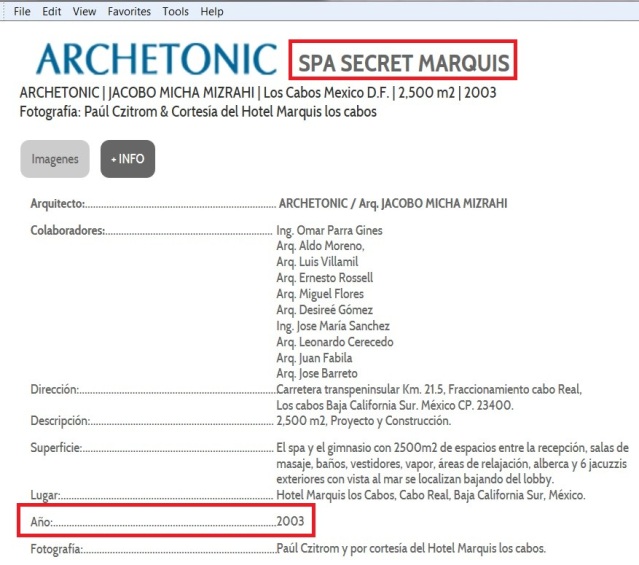 In 2005 it went through a big transformaation (addition) project where a massive 42,000 square meters were added. The property was then renamed to Hotel Marquis Los Cabos: 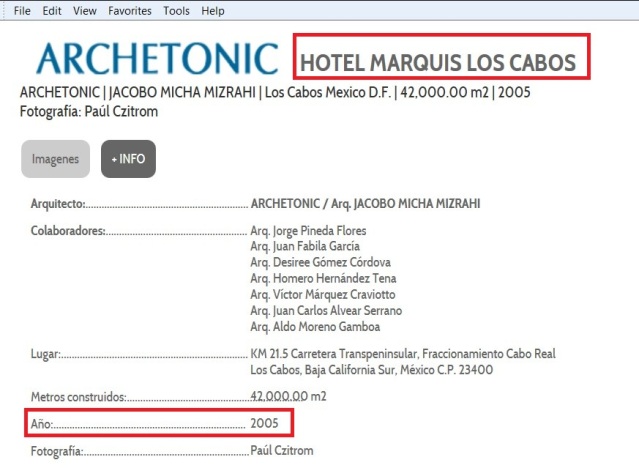 Whenever I want to know information about the construction of a building, especially a commercial building, I always start at the source with the Architect. The Architect knows every aspect of the project better than anyone. The Architect for the Marquis was Mr. Jacobo Micha, out of Mexico City:

The name of his Architectural firm is: ARCHETONIC.

When you click on the Projects for this Firm, a timeline of all construction is shown at the top of the screen. This firm as been designing projects from 1991 through 2012.

There were plenty of sources to document this. I used the following as a starting point: Five Star Alliance, Hotels in Mexico. This site shows the original build date of the hotel as 2003. 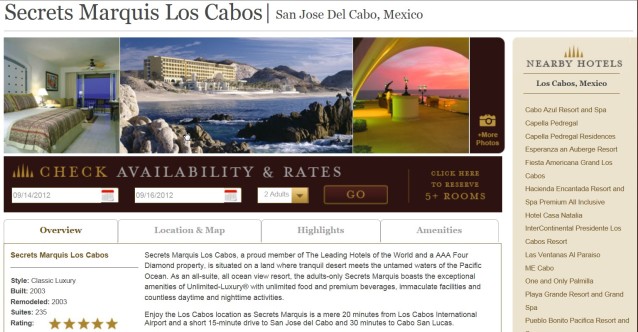 Another very interesting note on this topic was the source that you used as the 2011 opening date: http://www.amresorts.com/mediakit/p...pening-2011.pdf.

The problem with that link is that it does not return a page back from the domain www.amresorts.com. When you actually visit the http://www.amresorts.com site, you find that it is an online marketing company that has downloadable fact sheets, images and Adobe pdf documents that Sales Agents can use to build their own marketing materials for any given resort for which they handle online PR.

So, if www.AMRESORTS.com does not have the pdf file that was posted to show the opening date of 2011, then on what computer does that same pdf document now reside? That's one interesting question.

Here is another interesting question. When you simply drop that same link into your browser's address field, you get this html page returned showing that the document no longer exists on that server:

If that pdf was photographed at the online marketing site, before it was posted in this thread, then that link should take you straight back to the host machine containing the same pdf, as this was just posted yesterday.

So, if the pdf document cannot be found showing an opening date of 2011, then AMRESORTS, an online marketing and PR company, is probably not a better source of information than the Architect himself and his Firm's website showing the project completion dates of 2003 and 2005.

If you were there in 2010 as you said, then you would have been looking at a build that was at least 7-5 years old (depending the massive addition project date). Not a building that was under construction.

Lastly, and probably most notably - when you look at the video that Tang 6 Alpha (StealthTrader) posted, you can clearly see that that two pictures of the Marquis entrance, show the date from the camera or video device used to take the picture. That date shows 2009.


The building had been sitting on its foundation and open to the public 4-6 years before Tango 6 Alpha (StealthTrader) took the photos/video stills in 2009.[/B]


So, basically - he lied about being in Cabo in 2010, as the Marquis was standing in its own footprint and open to the public in 2003. Therefore, he had to ahve faked the pdf showing a "Grand Opening in 2011" without realizing that anyone would simply drop the url that he provided directly into their own browser to check the source. Once that link he gave to a third-party site showed that no such document path existed, his Goose was cooked, well done.

And, just like that - the credits roll and the curtain falls on Atticus of EliteFaker. He's done.
Top

He has denied his name was Hosea Askew, yet here is his online resume:

http://www.indeed.com/r/Hosea-Askew/2cca86e8bf4c6b57
Top
Please add www.kreslik.com to your ad blocker white list.
Thank you for your support.

I only have one question.


Who gives a monkeys?
Top

newscalper wrote:I only have one question.


Who gives a monkeys?


LMAO!
(Disclaimer - This post is for educational purposes only. Always consult a licensed investment professional before taking any trade. Any trade you take is at your own risk.)
Top