jakewalker wrote:Thank you guys for the experience. Will try everything. Oh, by the way, I'm using a robot for trading... Try one of them, this is my advise. I know about some problems with installing it, so, there in my signature is the video about how to install it. Have a nice day!

i just wanted to thank you for helping us all out with this. 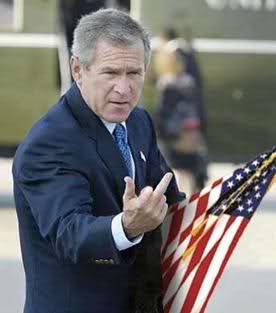 Bend over and assume the position for another 4 years of hope and change.
Top
Please add www.kreslik.com to your ad blocker white list.
Thank you for your support.

Just finished watching this one, fascinating:

So all you have to do is get congress to get back control over the money supply and that's the end of the US national debt. Not difficult without shooting most of the politicians and bankers on the way ...

The secret of Oz is the followup to Money Masters,

That's nice post. I watched an interesting documentary on money etc. The penny stocks is assumed to fluctuate within a certain range and will not likely go outside this range.
Top

Interesting commercial I saw on TV this morning {U.S.}, went and looked it up:


CAGW ROLLS OUT AD CAMPAIGN ON THE NATIONAL DEBT

This new ad, which features a chilling look at one potential future scenario if we continue on our current destructive fiscal trajectory, is a 2010 homage to a 1986 ad that was produced by W.R. Grace & Co. called "The Deficit Trials." For those who were able to view it; it was a sensation. However, it was considered so alarming that the major networks refused to run it and CBS News anchor Dan Rather did a story about the controversy. The national debt was $2 trillion in 1986 when "The Deficit Trials" ad was denied broadcast time; today the debt stands at $13.7 trillion, and is projected to reach 140 percent of GDP in two decades, the time in which the new CAGW ad is set.


The group plans to run the ad on major cable networks throughout the rest of 2010 and into 2011. The ad can be viewed here on CAGW's website.

J. Peter Grace, CAGW's co-founder and the chairman of the Grace Commission, was committed to sounding the alarm about what the debt would do to future generations. "We believe the ad does justice to Peter Grace's legacy and CAGW plans to produce additional ads addressing this critical issue over the next several years," said CAGW President Tom Schatz.

The new ad is part of an ongoing communications program in CAGW's decades-long fight against wasteful government spending, increased taxes, out-of-control deficit spending, and a crippling national debt that threatens the future and survival of our country.

Citizens Against Government Waste is a nonpartisan, nonprofit organization dedicated to eliminating waste, fraud, abuse, and mismanagement in government.
**Krane catches Tyger** !>I'm here to chew bubble gum and make major pips...and I'm all out of bubble gum.<!
Top
Please add www.kreslik.com to your ad blocker white list.
Thank you for your support.

Man, I need to catch up on these videos. So much information to take in. Crazy...
Failure is an opportunity to learn.
Top

I just watched this one

You can get it by searching around.

The more I watch these vids, the more disgusted I get with the human race i.e. bankers

The movie was absolutely delicious, thanks for the recommend.
**Krane catches Tyger** !>I'm here to chew bubble gum and make major pips...and I'm all out of bubble gum.<!
Top
Please add www.kreslik.com to your ad blocker white list.
Thank you for your support.
Post Reply
38 posts