The euro slumped after the ECB announced its decision regarding stimulus measures yesterday.
Throughout this week news headlines were dominated by one thing: Thursday’s press conference of the European Central Bank. Despite losses for the euro over the past few weeks, largely due to the political tensions between Spain and Catalonia, the single currency managed to recover some of its losses this week, on the expectation that the ECB would finally announce a plan to phase out of its ambitious stimulus program. Did that happen? It seems that the answer is somewhat complicated.
Let us take a step a few years back first. Amid the fallout of the economic crisis of 2008 the global recession reached Europe and we saw massive economic slowdowns even in the most developed countries in the world. This prompted a new dovish trend among central banks: buying government bonds on a massive scale in order to promote growth and inflation. We saw this happen in the United States, in Japan, and even in Europe.
This is why the European Central Bank has been buying 60 billion euro worth of bonds per month over the past few years. Their efforts have shown results – economic data from all over the eurozone comes in consistently positive, European countries are enjoying economic growth of 2-3%, and inflation has increased, compared to 2008. This positive effect has prompted investors to hope for an end to the stimulus measures, which would allow the euro to start increasing in value against major currencies.
Yesterday’s press conference of the ECB, however, brought mixed results. The central bank finally showed a willingness to move away from stimulus by announced a reduction of the package in half – from 60 down to 30 billion euro per month. That would have been good news for investors and for the euro, had it not been for one addition – the ECB plans to continue with the measures well into 2018, possibly until September. The stimulus package is still needed, according to the ECB, because the healthy inflation rate of 2.0% has not been achieved yet (it is at 1.5% currently).
The markets were hoping for something more short-term, rather than the nine months of bond redemption planned for 2018. As a result, the euro dropped dramatically overnight, falling to trade around 1.1626 today. While investors were hoping to awake to a stronger euro, it seems that the ECB prefers it this way: by preventing the euro from appreciating, the ECB is ensuring exports from the EU are not going to suffer.
So, what’s in store for the euro? The ECB has shown an ability to act flexibly. They would keep a close eye on data from the EU, particularly to wage growth and inflation. It is possible that they would revise their expectations at their next meeting in December. Most importantly, investors need to understand that the ECB is trying to move very slowly, as sudden changes in the financial markets could have a harmful effect and undo all the good the stimulus program has achieved so far. In general terms, this means we are not likely to see a much stronger euro within the next year – unless there are external reasons, such as problems with the American dollar, for example.
Top
Please add www.kreslik.com to your ad blocker white list.
Thank you for your support.

GBP/NZD Technical Outlook Ahead of the BOE Official Rate

The GBP/NZD pair has recorded new highs and a correction wave is expected.
This month the British Pound rose by more than 800 pips against the New Zealand Dollar from 1.8520 to 1.9332. We took around 405 pips when we bought the pair at 1.8455, as we mentioned in our last report on October 3rd when our target was at 1.8860. Today we will take another look at the chart to discover a new profitable opportunity.
The pair has been trading inside a price channel for a year and the prices nearly reached its upper limit. In addition, around the same levels 1.9315-1.9350 there is a resistance area, so that the pair declined more last Friday. It’s expected that the prices will decline to the support level 1.8950, but the main direction is still up; that is in case the pair is still trading inside the price channel, above the trendline and the MACD bars are above the zero level.
The Next Few Days
After we saw that the pair couldn’t break the resistance level 1.9315 we can sell the pair now at 1.9190 and take our profit at 1.8970. Then we have to wait for the breaking down or rising again after touching the support level but we expect that the prices will break the support level to test the trendline around 1.8650 and go up to make new highs.
This week we have much hot news from the UK and New Zealand, so we have to focus on the news results that will affect the market. On Tuesday we have the Unemployment Rate from New Zealand, as well as the PMI’s data and official bank rate from the United Kingdom on Wednesday, Thursday and Friday, respectively.

Today the pound is no way affected by any economic indicators, but in the eurozone we expect a number of economic indicators, including the consumer price index for October and GDP figures for the last three months. Output data rates may contribute to the strengthening of the euro.
See more here: https://superforex.com/analytics/eur-gb ... sis-311017

The JPY has weakened due to a decision by the BoJ to leave the rate unchanged, while the CAD was supported by high oil prices and has all chances for growth.
More information look here: https://superforex.com/analytics/cad-jp ... ast-011117

Yesterday there was a Federal Reserve meeting and a publication of their interest rate decision, which was left unchanged at the previous level of 1.25%.
More information see here: https://superforex.com/analytics/eur-us ... art-021117

Trump's nomination of Jerome Powell as next chief of the Federal Reserve didn't shock the markets.
For over a week now the financial markets were taking it easy on the American dollar. Investors almost stopped trading USD pairs this week as we all waited for one important announcement that happened yesterday – President Trump’s nomination of a new head of the Federal Reserve. He chose Jerome Powell for this position, so let’s take a look at what this entails.
To start with, it is important to remember that the President’s rule is not absolute – he cannot appoint a Fed chief, but merely nominate one. It is up to the Senate to decide whether they accept the nomination or not. So, technically speaking, Powell’s position is not 100% confirmed yet.
So, who is Jerome Powell? Unlike the previous Federal Reserve chiefs over the last 40 years, Powell does not have a PhD in Economics, but is instead a lawyer by training. However, he has had a long career within the finance world that includes investment banking, a position in the U.S. Treasury during Bush senior’s presidency, and a post as governor within the Federal Reserve for the last few years. He has been working closely with current head Janet Yellen, so he knows all about the current trend of policy making employed by the Fed. In many ways he seems like the perfect candidate for the job, since he’s already involved and up-to-date with the Fed.
In terms of his policy outlook, Powell has been on the same page as the current Fed chief Janet Yellen. That means that while the Federal Reserve in general plans to reduce its investments (after the 2008 crisis the Fed bought trillions of dollars worth of assets in order to boost the economy) and increase interest rates, Powell’s goal would be to do it slowly, gradually. Even though economic data from the United States is coming in consistently positive, the economy is still vulnerable to sudden changes. The Federal Reserve is also struggling with an issue of mixed signals – strong statistics and low unemployment are begging for a rate hike, but low inflation is saying it’s too early. It’s a tricky balance that Yellen has managed to keep with remarkable patience and attention to detail. It is expected that Powell’s approach will be similar.
The markets didn’t have a major reaction to the announcement. As evidenced above, Powell is expected to pretty much replace Yellen unnoticeably, with no major changes in policy. He was also rumored to be the top candidate for the job weeks before the announcement, due to his current prominent post within the Federal Reserve. He is also a Republican, which makes him an even more desirable choice for President Trump and a mostly-Republican Senate.
There was some space for surprise, in case Trump nominated someone else with a different economic opinion, such as John Taylor. The Stanford economist is known for his much more hawkish stance on monetary policy, and if he had been nominated, it is likely that the dollar would have received a major boost.
Since the nomination went on without any major surprises, we can say that in terms of the American dollar, in 2018 we expect things to continue in much the same way as now: slowly, patiently, with a close attention to each report on the American economy and inflation. Meanwhile, an interest rate increase in December, still under Yellen’s guidance, is still expected. 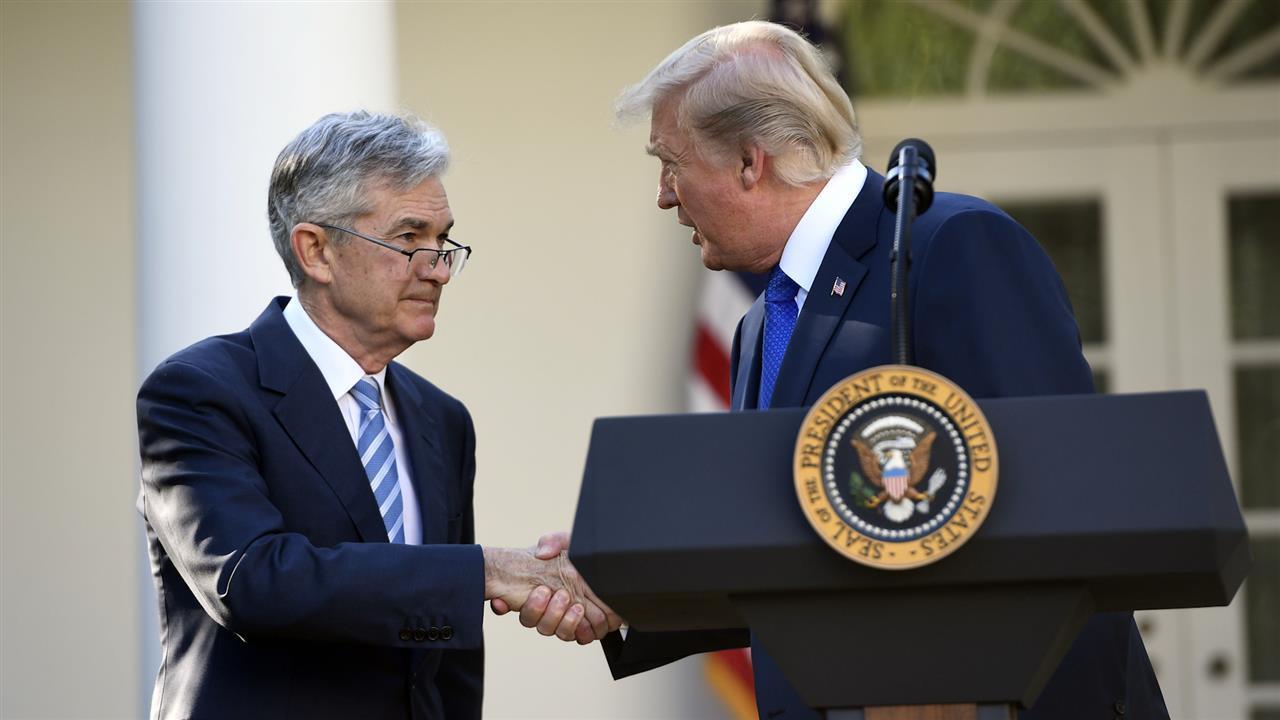 The GBP/CAD is inside a price channel and we expect new highs after the divergence.
The GBP/CAD has risen by more than 430 pips in October after changing its old downward direction to an uptrend in September. More information see here https://superforex.com/analytics/gbp-ca ... art-061117

Re: News and Analysis

Today we expect speeches by members of the ECB Constancio and Lautenschlaeger which may increase the volatility of this pair.
More information

With new developments in Saudi Arabia, the oil seems to be climbing up.
A lot has been going on with the commodity markets lately, so we decided that this week it’s high time we revisited one of the key topics on the financial markets – crude oil.
More information see here
Top

Markets Are in Decline

The British pound continues to fall.
After the announcement by the US Senate on the introduction of a tax reform in 2019, the stock markets have reacted in a slight decrease and stopped the 8-week dollar rally.
More information see here
Top
Please add www.kreslik.com to your ad blocker white list.
Thank you for your support.
Post Reply
84 posts